These are books that are available on Amazon and (currently) alone in their world. 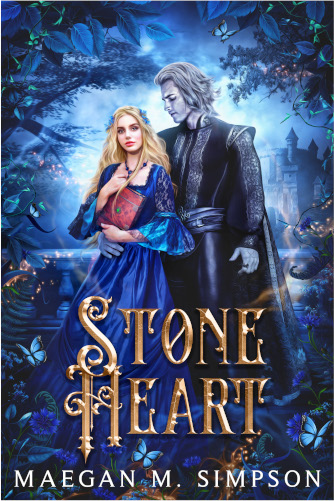 A woman of secrets. A lord of living stone. Which will break first, the curse…or their hearts?

Ember is used to living on the fringes. When her family chooses her as the sacrifice to serve out their debts, Ember doesn’t expect her life to change that much. She’ll clean where she’s ordered, keep her head down, and survive another day. Life as usual…except Ember doesn’t need a storybook to tell her this castle is cursed. Even more troubling, the lord of the castle isn’t nearly as monstrous as appearances suggest. But Ember has a reason for keeping to the fringes, and failure could cost Ember her life.

Dyrerisan has spent well over a lifetime wandering the dark halls of his castle, alone in his thoughts. He has his own reasons for demanding a servant from Ember’s family, but a desire for companionship wasn’t one of them. But when Ember arrives on his steps, fearless and vibrant, he begins to question himself. Perhaps a life spent in isolation isn’t much of a life at all…but more than his own heart is at risk if he lets Ember in.

Dyrerisan and Ember have both learned to keep their secrets close, and their hearts closed. But hearts of stone can still shatter. A curse is at work within the halls of the castle, and it won’t stop until it claims the life it was promised. Will they choose to fight the curse alone, or standing side by side? And just what is at stake if they fail?