The Agonizomai Series is an epic fantasy saga set in the world of Agon: home to dragon kings, supernatural healers, and wielders of the elements. Follow these special people as they enter a conflict as old as Agon. It’ll take more than skill to push back the coming darkness…but none of them stand alone.
Told from the perspective of varied characters, from a disgraced prince to a freed slave, the Agonizomai Series is composed of interconnected stories, drawn together as they enter a struggle for the very heart of Agon. Join them as they battle for hope and learn what it means to live in the service of the Creator.
If you love clean fantasy and stories of hope even in the deepest darkness, read the Agonizomai Series today! 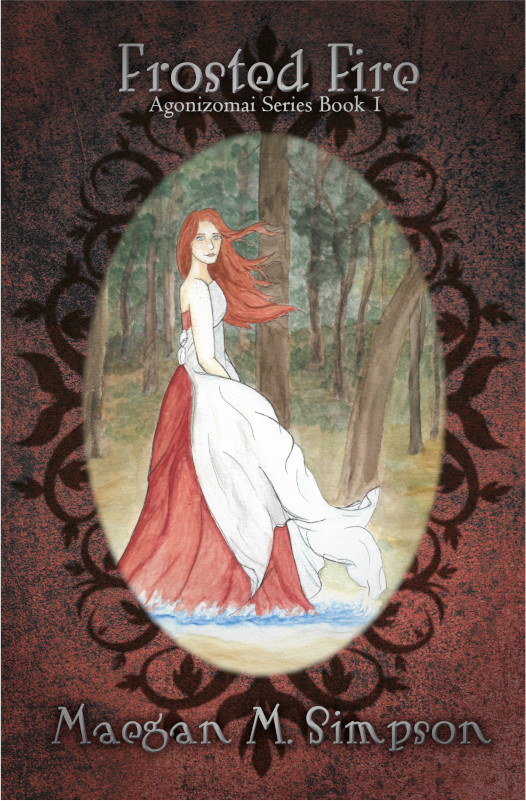 A princess in hiding.
A man who knows her name.
Can they escape the hunters who destroyed two kingdoms to keep them apart?

Four years have passed since Iyanka’s world fell apart in a nightmare of shadow and death. For four years, she’s lived unknown among the men who condemned her people as monsters. In a baron’s fortress, her once-prized hold over ice and frost is a deadly liability.
Until a man from her past arrives, bringing with him an arcane power that has Iyanka questioning everything she knows of wielders. He offers her escape. He offers her a chance of regaining her world.
But the barons won’t let Iyanka go so easily. Even with a way to defend themselves, Iyanka and her new companions aren’t safe. Hunters chase them across Elnar, and even the promised haven isn’t as safe as it once was. The wielders aren’t the only ones with arcane powers on their side, and the barons still seek the wielders’ annihilation.
Iyanka is out of places to run. She has only one choice: stand with her people, fight for her right to live. But will the power she shares with Victorin be enough? Or will the promise of frosted fire fall to the barons with everything else? 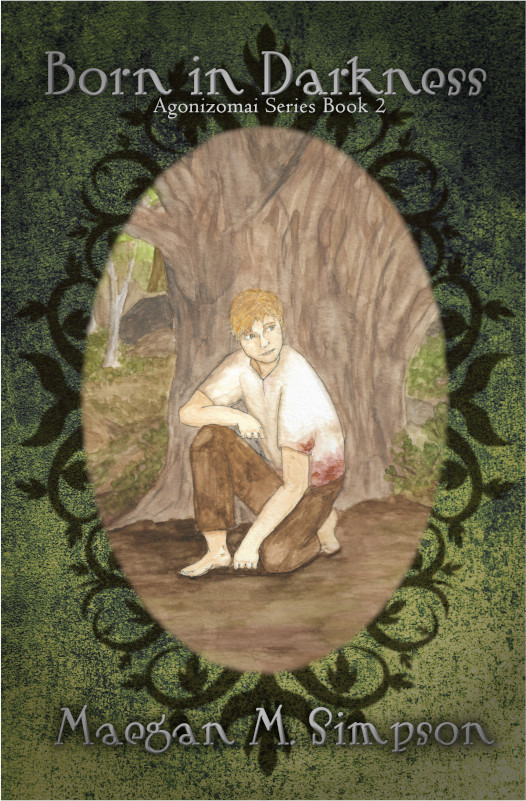 A disgraced prince.
A realm on the verge of ruin.
Can he escape a second exile?

In the overgrown gardens of Agera, Henry promised Princess Iyanka that he’d tell her his story. For anyone else, the promise would lay dormant. Even in its entirety, Henry’s story isn’t one to trifle with…
Eero Henry, second son of the great King Duna of Ecleath. The most powerful young sorcerer of his age and the scourge of the Theophiloi. Henry was raised to depend on magic, to do what was required of him, and to never question his father’s orders.
Except there are some bonds stronger than loyalty to his king. When tragedy turns Henry against his father, he’s exiled to face the world that turned its back on Ecleath. As an outcast, being Eero is only a target on his back. And it’s not only foreigners who hunt him…sorcerers follow his footsteps, threatening his efforts to make a new life. They nearly accomplish their goal…until Henry is swept up in an exile of another kind, this time for a people not his own.
Imprisoned and forced to face his past, Henry questions if what he’s been taught about magic, and the Theophiloi, is true. Maybe magic isn’t the true strength he’s been told.
But if that’s the case, what hope does he have? Can someone born in darkness ever truly escape? 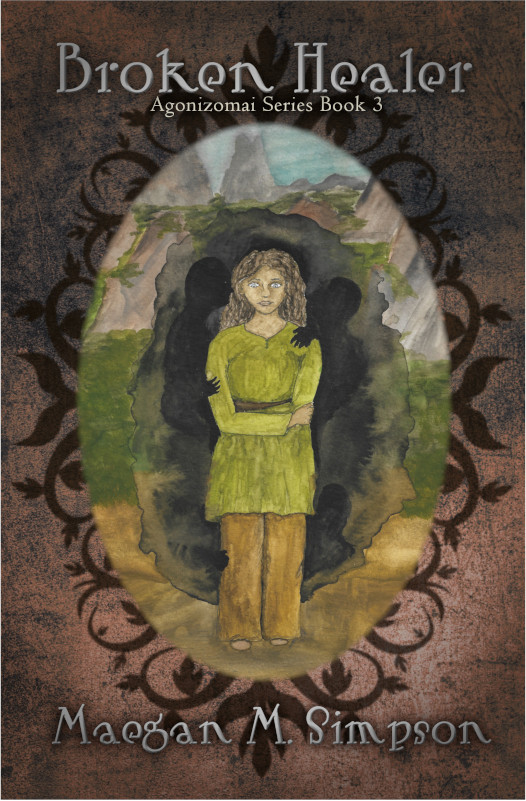 A slave girl with a secret.
A dragon in the wastelands.
A darkness that threatens to devour them all.

All Sioned has ever wanted was to save lives. But that option was stolen from her, and lately all her powers have done is cause more pain. She faces a choice: give in and become the weapon the night people forced her to be, or hope the rumored dragon of the wastes is more merciful than the legends claim.
Escape won’t be so simple, though. The night people’s reach extends far beyond the steppes, even into the wilderness. Sioned can’t hide from them forever. Whatever hope she has depends on a group of misfits standing against the night people. If she stands with them, perhaps she can fight the evil she’s been enslaved to. If she preserves their lives in battle, perhaps they can show her a way out of the shadows.
But maybe the voices in the shadows are right. Maybe she has fallen too far for redemption. After all, in a world filled with legends and dragons…what use is a broken healer? 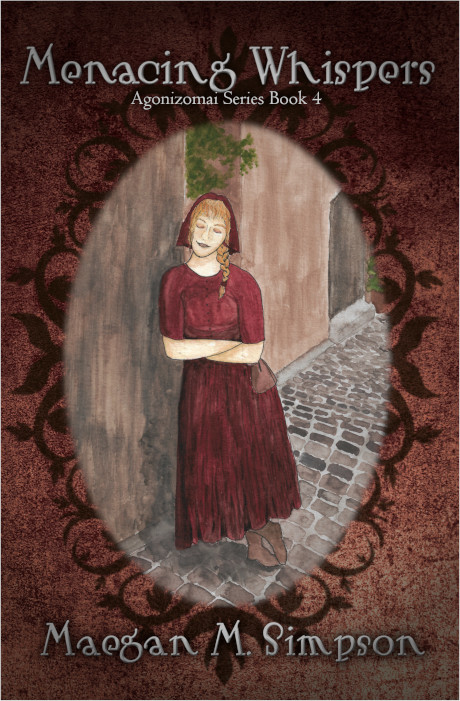 A blind girl with a penchant for trouble.
A disillusioned warrior intent on stopping her.
A conspiracy that could bring a kingdom to its knees.

Traveling as her friend’s translator, Caidi expects her biggest adventure to be a brief brush with royalty. Instead, she’s held for ransom by a powerful group that runs the city from the shadows. Their leader, Coggan, isn’t the merciful type, and he’s clear that any disobedience on Caidi’s part will have…consequences.
But Caidi isn’t about to give in without a fight. She’s more capable than this “family” could guess, and more determined than they’re ready for. She’ll uncover their secrets and free herself from Coggan’s clutches…if she can convince the family’s leading warrior to stop haunting her footsteps.
The longer Caidi spends in their halls, though, the more she’s convinced that her freedom is the least of her worries. Sorcerers infiltrate the palace, someone is stirring the citizens of the city to madness…and it all leads back to Coggan.
Can Caidi trust her new allies to help her stop the chaos? Or will she fall to these menacing whispers with everyone else? 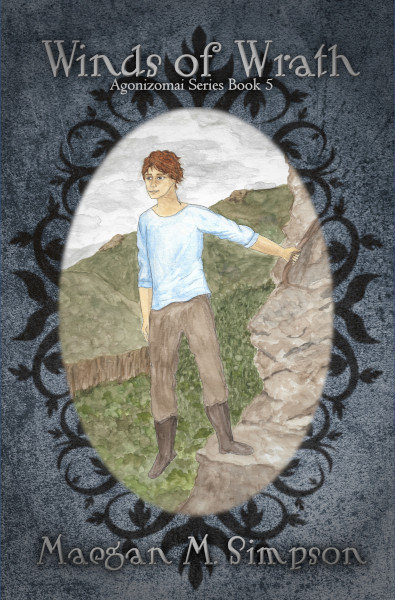 A teenage warrior guarding his home.
A strange girl released from the trees.
Can they trust each other when enemies are gathering from the shadows?

Zef survived the Barons and their wielder hunters. He fought in the battle to win back the wielder kingdoms. Now, four years later, Zef is still fighting, this time to maintain the uneasy peace between the peoples of Elnar. Alongside his best friend, Henry, Zef has sworn to face whatever threatens Elnar in service to King Milek.
But old powers are returning. Ecleathian sorcerers prod the edges of Elnar’s defenses, focusing on the ancient forest where gardeners once ruled. Zef and Henry fight their servants at every turn, but the sorcerers themselves are nowhere to be found. How is Zef supposed to protect Elnar when their enemies hide in the shadows?
And Ecleath isn’t the only ancient force that’s stirring. Zef has always known the trees were once wielders, but he never expected to meet them in the flesh. And he certainly never expected Ivy, a teenage wielder with troubles of her own. Newly freed from the forest, she offers herself as another ally against the Ecleathians, but Zef isn’t sure what to make of her. She’s no warrior…and her connection to Henry’s murky past has Zef uneasy.
The more Zef learns, the more he realizes that Henry isn’t telling him everything. And whatever his friend is hiding might be the key to Ecleath’s plan for Elnar.
An easy smile can only take him so far. What will it take for Zef to protect his family? What will he lose along the way? But these sorcerers might find that Zef’s wrath is nothing to laugh at, especially with the wind on his side. 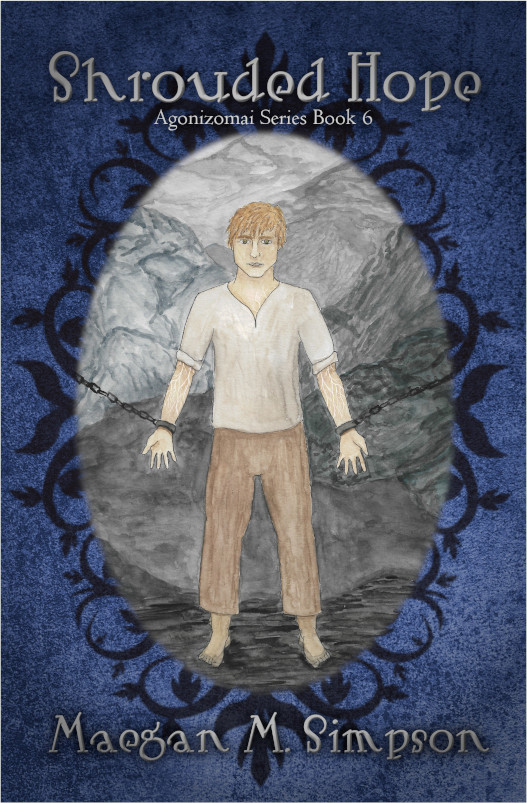 A healer intent on saving a city.
An exiled prince forced back to his homeland.
War is looming…will the shadows take them all?

Sioned arrives in Tusta to find a city half conquered. Sorcerers control most of the nobles, citizens are being stolen from their homes…and only Sioned and her friends know just how dangerous the newly arrived “healers” are. While her friends gather allies, Sioned strives to save the lives the sorcerers leave broken in their wake. But no matter how many people she frees, the sorcerers keep taking. Thousands of lives are at stake, and only Sioned has the power to break the sorcerers’ enchantments. But is she enough?
Henry never intended to return to his homeland. The country of Ecleath, and his place within it, belong to a past he longs to forget. But it seems people haven’t forgotten about him. The sorcerers who hold his chains also tell him legends…legends that say Henry will return to take the throne. Henry has no interest in being a legend or a king, but these sorcerers have fought for too many years to bring their chosen king to the throne to give up easily. They’re determined to twist Henry to fit their legends, by whatever means necessary. And Henry is left fighting a lonely battle against more than his captors.
Darkness is closing in. While Sioned and her friends fight to free a city, they learn that larger plans are at work…plans to build an army. And from his prison, Henry discerns that his captors don’t just seek a king: they seek a warrior. The more they learn, the more they realize that the sorcerers’ plans are coming to a head. They’re preparing for a war…one few in Agon are prepared to face. Is there any hope that they’ll reach the coming dawn? Or will this shroud cover them all? 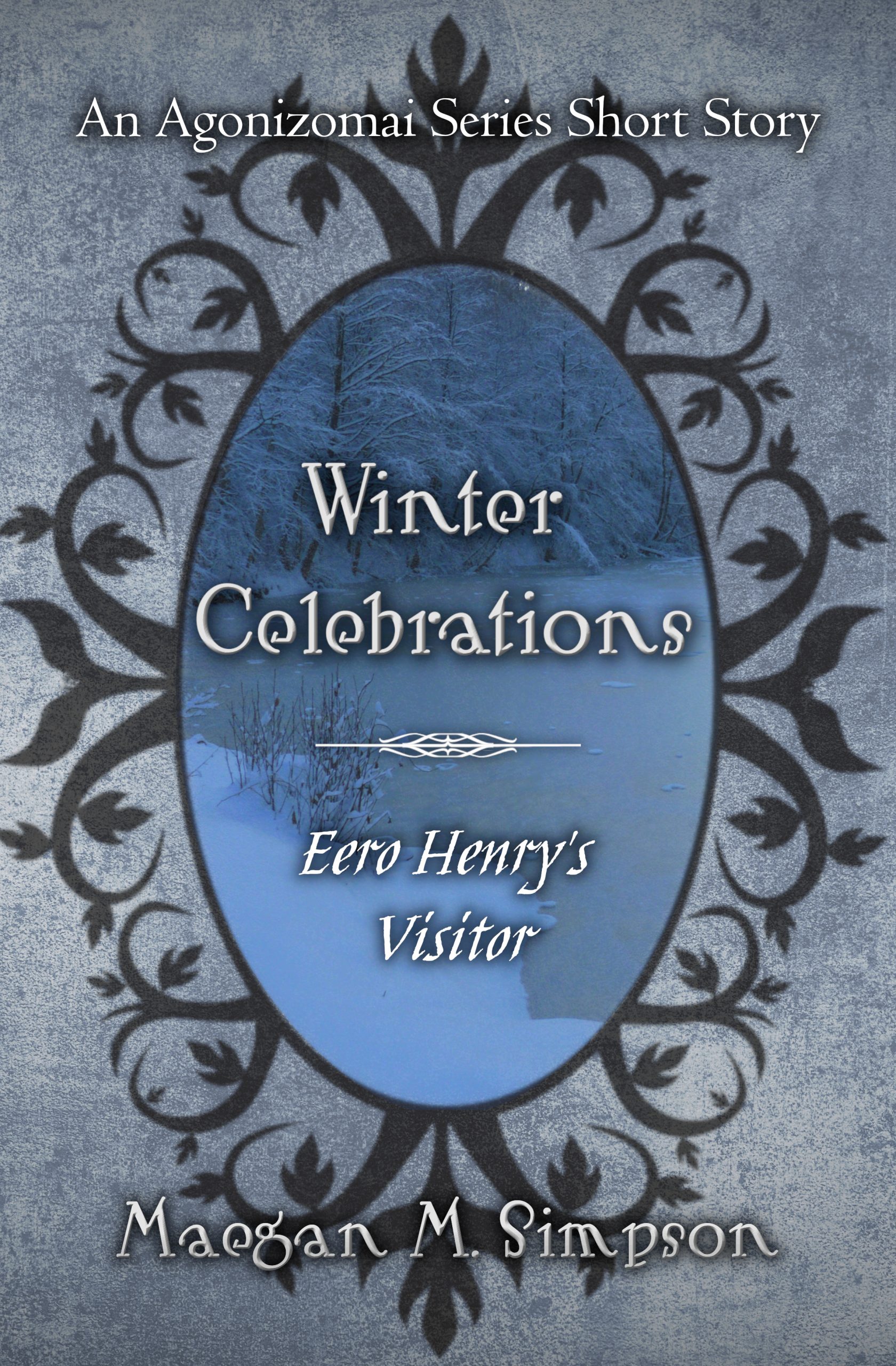 Four years after the battle of Frosted Fire, King Milek attempts to bring the Barons and the Wielders of Elnar into a closer alliance. But Henry receives an unexpected visitor who spreads knowledge of Henry’s past and a foreboding sign for Elnar’s future.

Will the history of Eero Henry the Exile endanger the fragile peace on Elnar? And if Ecleath makes its move, who will be ready to stand against them?