Next Book: Memories of Salt and Stone

It’s hard to believe we’re already halfway through January… Stone Heart’s launch was a month ago today, which hardly seems possible. But, ready or not here we are. And today I have some information on my next book, launching March 3rd.

Memories of Salt and Stone is the first book in a new series I’m launching called “Legends of Emyr.” It’s dark fantasy, which basically means that though it’s still clean and hopeful, it does deal with some darker issues. The world itself is also a little more intense (though I can’t think of anything in there that’s darker than Born in Darkness or Broken Healer, so it’s not like I’m delving into uncharted waters as far as content).

The series itself will be similar to the Agonizomai Series in that each book has different main characters with their own story, but the stories in Legends of Emyr will be only loosely connected. There’s no big conflict that all the books are telling, though I think there will be some villains (and probably side characters) that span multiple books.

I won’t share the cover yet, since I’m doing a big reveal on Instagram and Facebook this Friday, but I will say that it’s by the same designers that created Stone Heart’s new cover, and it is gorgeous. I am so happy how it’s turned out, and how well it reflects the atmosphere of the book. So make sure to watch my Instagram so you can see it!

To hold you over, here’s a moodboard I created for the book…I love the vibe of this story so much, friends! It’s so dark and wonderous. 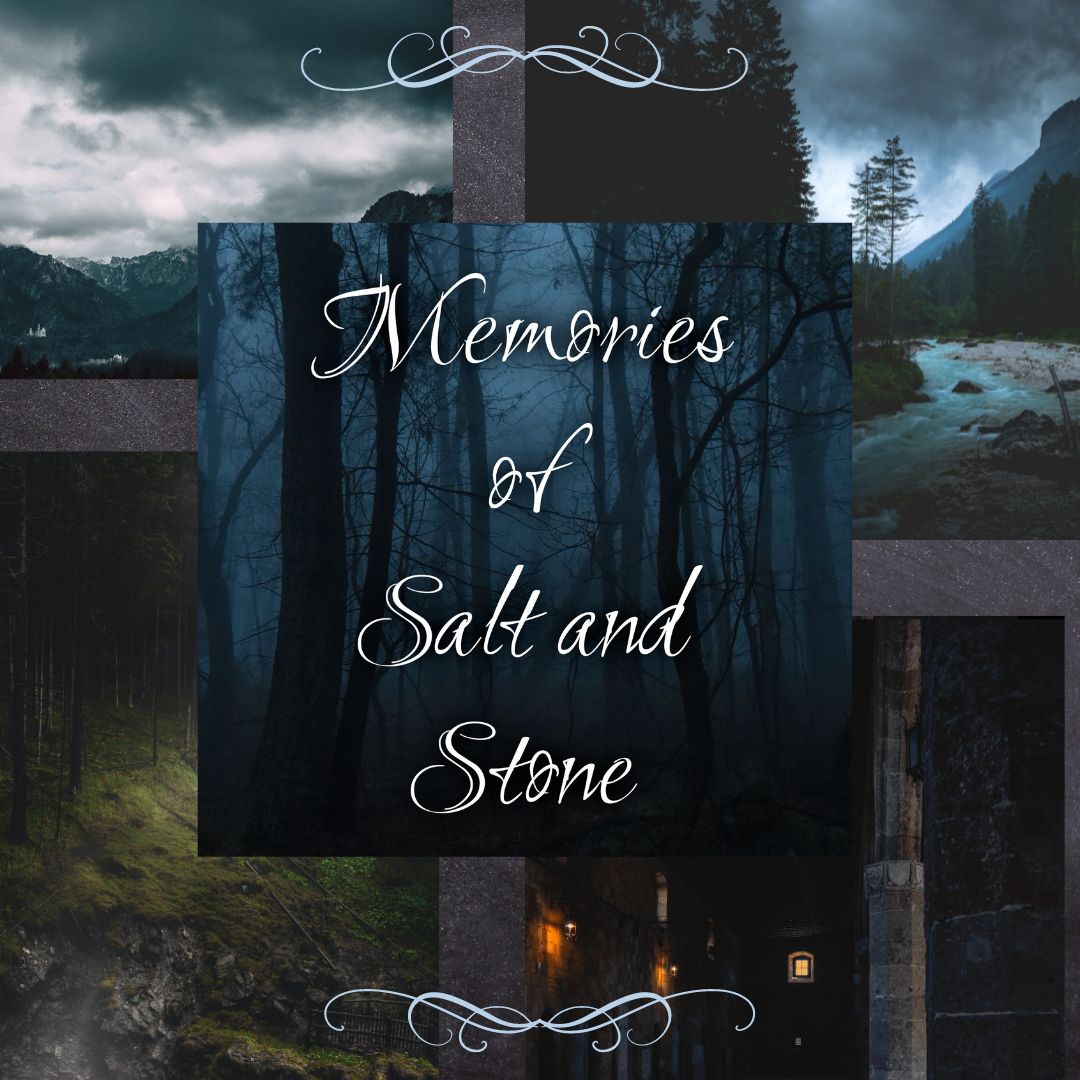 To give you a littel taste, below is the blurb for Memories of Salt and Stone. Be watching for more snippets and sneak peeks!

A woman tormented by her past. A man who knows her secrets but has never offered his trust. A threat they can’t ignore…even if it leads to their downfall.

Ronan has long given up looking to the future. Instead, she keeps her focus on the present: working, surviving…hiding. And she tries not to be overwhelmed by memories of a life she never wanted to leave behind. But secrets, like memories, have a way of taking you when you’re least prepared.

The land is changing. Refugees flee from the north, children are going missing…and Ronan might have the key to both mysteries. Even though it risks what little she has left, can Ronan ignore a cry for help? Once, she was more than this…perhaps she should be again. But if she stands to fight, there’s no turning back: hiding will turn to running…and she’ll have to face more than memories if she wants to survive.

Which means a reunion with the one man alive who knows her every secret: Corwin. Even in the good times, Ronan never knew where they stood between friend and foe. Now, with no one to make them get along, Corwin has no reason to trust her and every reason to leave her behind. But memories have a way of drawing people together. And Ronan will need every ally she can find if she means to enter this fight.

Bound together by a grief they can’t forget, both determined to enter a war they have little chance of winning…Ronan and Corwin may find that their hearts are more united than they ever would’ve guessed. And that has more power than the stories say…

That’s all for this week, friends! I hope you’re staying warm and safe, with plenty of good books to cozy up with!