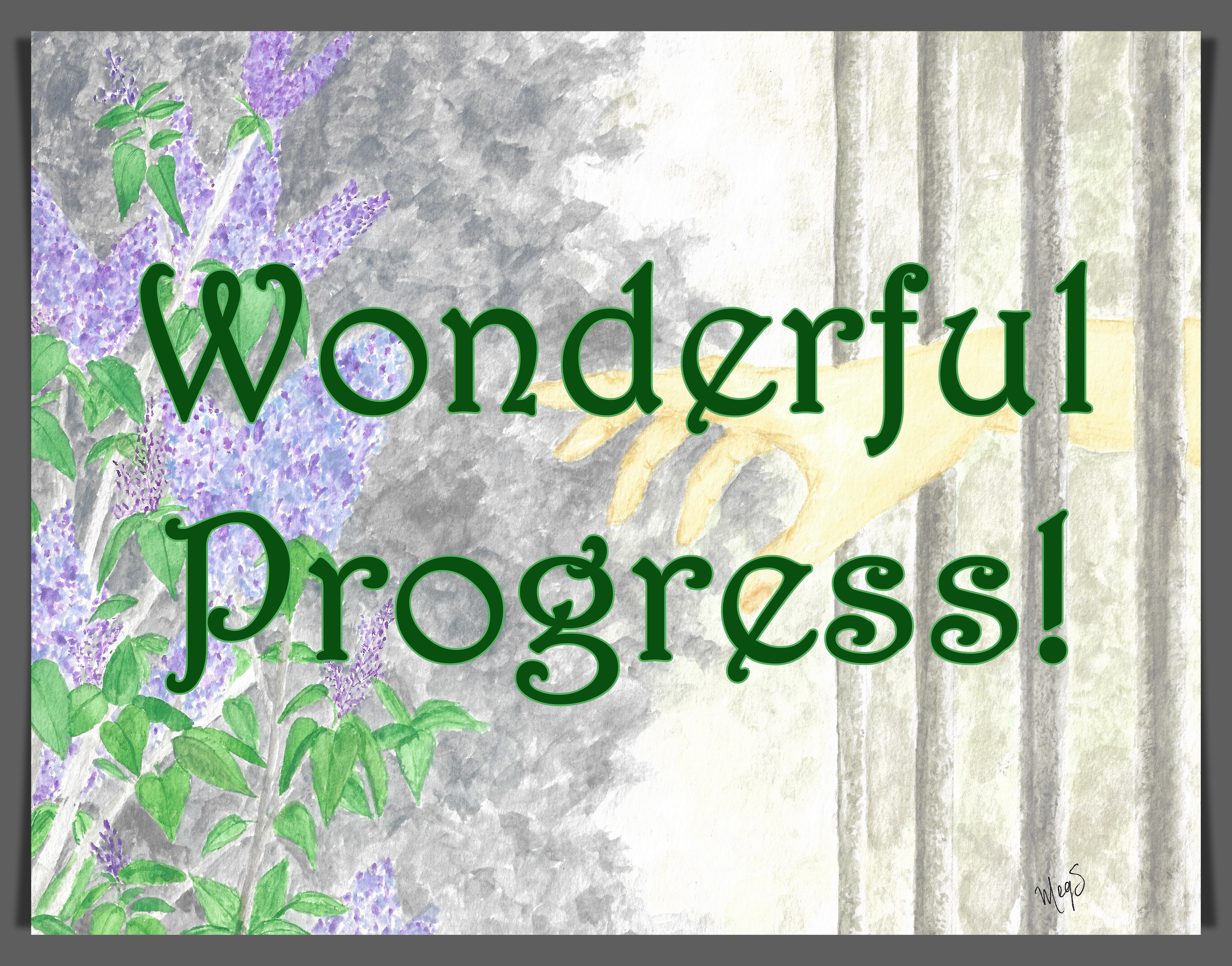 I hope you all are having a wonderful spring! It snowed again, but rather than make you read another rant against winter, I decided to share a painting I finished a couple weeks ago that pretty much sums up my attitude about the situation (it’s the background of this post image). On the bright side, the flowers are out, the grass is green, and the birds are still singing!

Writing is going well. Since Spring Break I’ve stumbled into a routine that allows me to write more often and still finish my homework (Or maybe my desperation and excitement to write is giving me new fortitude. Either way, I’m writing). Because of that and my awesome editors, Midnight’s Wings is finished with content editing! I’m aiming for a release in mid to late May, and I’ll give you more progress reports between then and now. (The cover is already in the works and it looks amazing!)

I’m also making a lot of progress on Henry’s story, which I’m having a blast writing. Considering the…darker parts of his story, that might be a concerning statement about my imagination. But hey, I’m a writer…strange and slightly disturbing interests (like poisons and medieval weaponry) come with the territory. 😉

Well, enough about the strange realm that is my mind. Henry’s story! Those of you who’ve read Frosted Fire probably remember Henry, the gardener boy who loves to explore and create mischief with Zef. The beginning of his story happens a bit before Frosted Fire, but it is so worth telling. And I love writing it not only because it submerses me in the world of Agon and its history, but also because Henry fascinates me. And that’s partly because I didn’t plan him. He entered Frosted Fire on his own and somehow inserted himself into Iyanka’s story so thoroughly that he demanded that his own story be told, and told properly. As Henry himself says in Frosted Fire, his story is a long and strange one, not something to be told in pieces. Which means you get more books, and I get to explore the depths of this boy who’s captured my imagination and a piece of my heart.

I’ve been waiting for months to begin his story, so I could go on and on about it for much longer than you’d want to read. I’ll stop while I’m ahead, and spoiler free. Lord willing I’ll have even more updates next time, and another faery story to share (They’ve been put on the back burner for the last few weeks, but never fear! There are more to come). Alright, I’ve gotta go finish homework so I can keep writing. Until next time!