Christianity isn’t going to church when you feel like it and praying when you need something. It isn’t having fancy cars and tons of money and all your dreams come true. No, Christianity is giving all you have even when you don’t know where your next meal is going to come from. It is making God your EVERYTHING because He is the Creator of the universe who sent his Son to die for scum like you and me. It’s asking God what His plan is for your life and making THAT your dream because our purpose is to serve Him and Him alone. To hell with what our hearts want. Following God is dying to yourself every day, and that includes fleshly desires and castle-in-the-sky dreams; even if they are good things because God has what is best. God IS what’s best. Serving God is standing up for the truth even when it means you are COMPLETELY ALONE IN THIS WORLD. It’s gritting your teeth and singing praises to God even as the ropes tie you to the stake and the flames lick at your flesh. It’s kneeling, trembling in the sand with the sword poised to sever your head and refusing to denounce Christ because He IS our Lord and He IS King of all. …Being a Christian is understanding that fundamental truth that it isn’t about us. It’s about the I AM who created every single one of us even knowing that we would break His heart with the treason we commit against Him every single day. It’s about the Most High, the author of history who keeps this entire universe from going to pieces but still allows us the choice between recognizing Him as Lord and following Him or cursing His holy name and choosing eternal death. It’s about the King of kings, the sole beginning and the only end worth having.

Following Him isn’t easy. It isn’t glamourous. It doesn’t come with a guarantee that your life will go how you want. In fact, most of the times it doesn’t. It comes with beautiful times where your soul soars with joy and wonder, moments I wouldn’t trade for the world. But it also comes with times when you’re laying on the floor crying out to God to please help you, to take away the pain in some way because it’s too much to handle. And you want to know something else? Sometimes he doesn’t take it away. Sometimes the pain is still there, as potent and torturous as ever, but somehow you have enough strength to keep going. There are twists and turns in this life, rises and falls, that will leave you feeling broken and lost, except you know you aren’t because He is still right there beside you: leading and guiding, comforting and healing.

And here’s another secret: being a Christian is impossible if you go it on your own. If you try to serve God with everything you have you will fail again and again. Because everything we have isn’t enough. Everything we have is the dirt and rot left after we fell to our sinful state. If you want to truly serve God, it takes everything you are AND everything He gives you. But He does give what it takes to follow Him, He gives freely to anyone who asks…but you have to ask. You have to admit that you can’t do it on your own, that what you have to offer is no better than filth without His help. You have to recognize that on our own we are the children of God’s enemy, that it is by His mercy that we are adopted to His family and we HAVE to play by His rules.

And why in the world would you NOT follow Him? He’s not some clockmaker God who set the world spinning and watches it from afar. He isn’t some strange foreign Deity who sneers at our struggles and pain. He is the betrayed king who came to wallow in the mud of our sin to save His betrayers. He is the Creator of the stars, the Painter of the skies, the One who taught the birds to sing and the trees to grow. He gave us the eyes to see this glorious earth, ears to hear the heavenly music; He gave us touch to feel the raindrops and hugs that take away the pain of a million blows. God is THE Creator, the only true Artist, Musician, Author, Friend…He is everything we humans wish we could be and infinitely more. And he shared it with us. He gave us, the literal dirt of the earth, His image. And that means that we share this profound ability to feel His presence in His creation, and to have a relationship with Him. As if that isn’t enough to carry us through eternity, He gave us a gift not even given the angels: the ability to create. People can design instruments and compose songs that touch hearts and souls because God gives it. Painters can capture faces and scenes that look as if you could step inside and live it because God gives it. And if there is one thing I am sure about in my writing it is that these words DO NOT come from me. God gives them. God gives these words and the ability to write them, and for that gift I will praise Him for all eternity. God gave humans the ability to create, to take His creation and shape it into something new, knowing that it would be twisted and abused by so many. In His love for us He allows even those who don’t acknowledge Him as Lord to share in this profound gift. For those of us who do serve Him, He gives us the mind-blowing privilege of using these gifts to serve and glorify Him. He gave us everything…so why would anyone not follow Him? Why wouldn’t we spend our days and years praising and serving Him, seeking His will and following wherever He leads? The only life worth living is one given completely to God, because only in that utter surrender will you find true freedom. 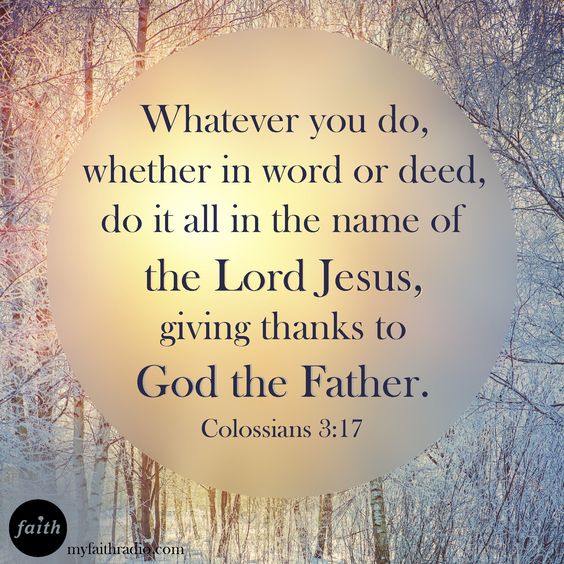