Hope Everyone’s spring is wonderful so far! It’s warm today, and the grass turned green practically overnight about a week ago, and all the trees are blooming…it’s wonderful. It feels very weird that it’s almost May, though. Where did March and April go? I only have two weeks of school left before my first year of college is over…that’s so weird to think about. 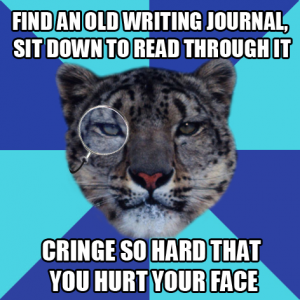 Speaking of school: in my Creative Writing class we’ve been writing poetry. Now, I love poetry. I love reading poetry by Wordsworth, and Elizabeth Barrett Browning, and Keats. And I have poets in my family: my Grandpa and my Mom. I love reading poetry, but writing poetry? That gets messy. In fact, for most of my schooling I hated when I got to the poetry section because it meant laboring to write poems that stunk, and I don’t like working hard at something and simply. not. being. able. to. do. it. well. I get enough of that in math! 😉 But this class, for some odd reason, has been different. It might be that I’ve matured enough as a writer that I get poetry in a new way, or that my dedication to doing well broke through some strange wall in my mind…I don’t know why, but the past couple weeks have been the first time that I’ve written poetry that I don’t wince when I reread. At least, I don’t wince rereading all of it…

One of the first poems that I wrote for this class was a ballad. I had to write two poems in some kind of form. I’d already written one, and that one is pretty good, but it was the night before it was due and I was desperate and tired. I wanted to go to bed, but I needed to write another poem first. I discovered by accident that I can actually sense ballad meter well enough to write it (something I can’t do with iambic pentameter, oddly enough.) So I set out to write a ballad, and write I did. I turned it in, and I will take my grade and never look back. But I will never say that it is a good ballad. It’s probably better than a lot of other ballads out there, but it is not good. In fact, it’s so dramatic and sappy and ridiculous that it makes excellent comic relief. It’s so bad, in fact, that I’m going to share it with you guys. Alright, deep breath. Here we go!

I walked along the forest road

And looked among the trees,

And there I saw some cloak-clad rogue

Drop down on bended knees.

I watched him rise with widened eyes,

Afraid I knew his name.

For only one would wear such guise,

And he was man of fame

The highway noble, the robber lord

Disgraced a noble be;

Who, finding poor could not afford,

The bane of rich, a friend to poor,

Legend of the wood.

The thief and archer now of lore:

I watched his stance, his slow approach

Not sure what to say.

But surely not today.

The words he spoke, a silken snare,

My fate, I should’ve known.

For to his lair he carried me,

And there he stole my heart.

He showed me how he lived so free

And he offered me a part.

Alas, I had to say goodbye,

To Robin, bold and free

Though his dreams made my heart soar high,

It also sought to flee.

We hail from different lands, you see,

The Robber Lord and I.

I wished his land a part to be,

But was too afraid to try.

I told him that I had to go,

As his joyful smile fell.

To forest’s edge we walked in woe,

And there we said farewell.

I, leaving, turned for final look,

To gaze on him once more.

An image fair of him I took

That man: the Hood of lore.

Yep…that’s my ballad. I hope it gave you a chuckle! It sure makes me laugh…and gag. This is probably the most sappy thing I’ve ever written. Now you know why I stick with novels and short stories! I’ll share some of my better poems later, lest you think I’m completely hopeless as a poet. In the meantime, have a good week!