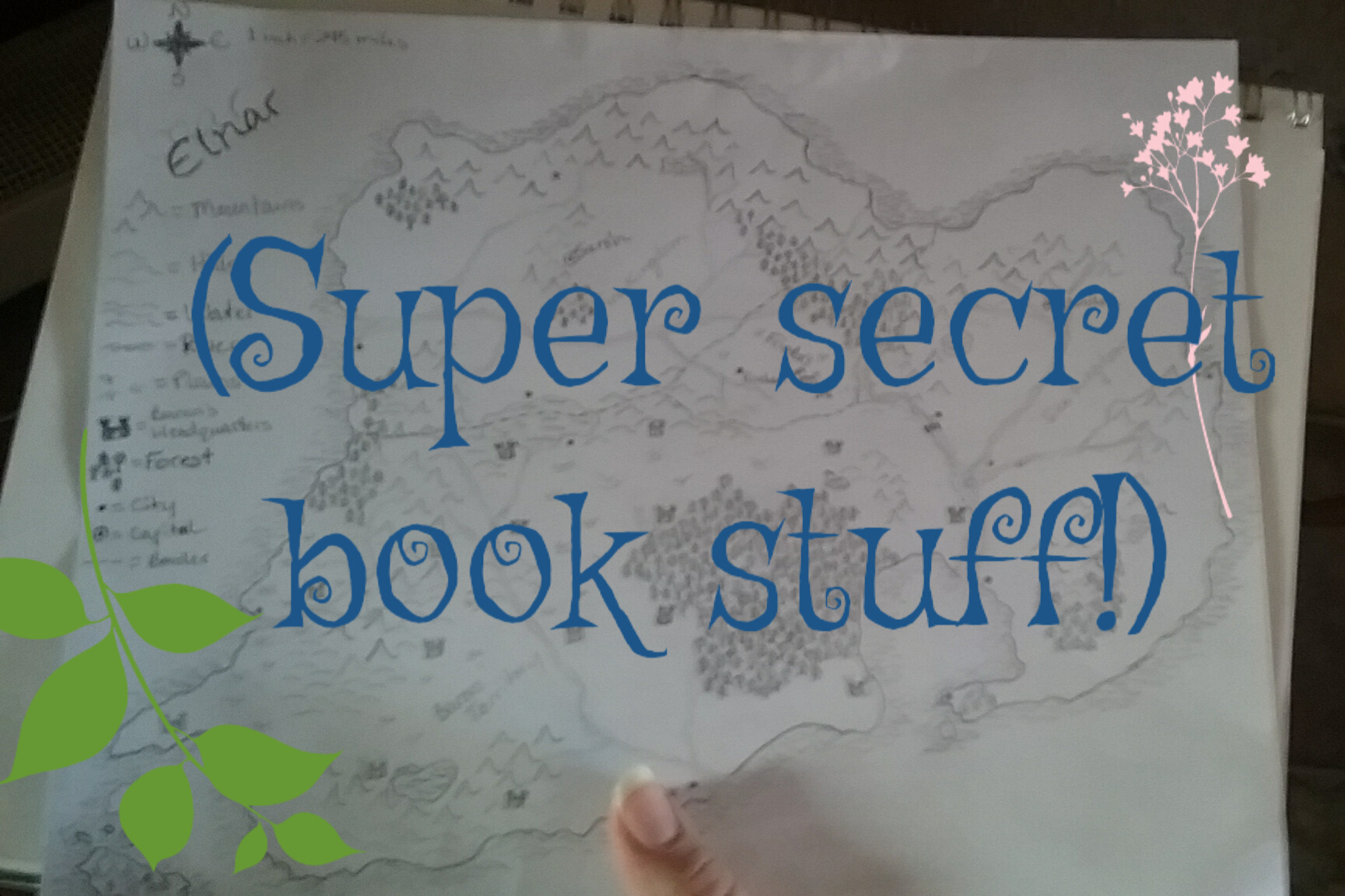 Today I’m revealing a little about my newest project, which has a working title of Fire and Ice. This story takes place in a new world, but it will not be a standalone. Fire and Ice actually takes place in a world I’ve been developing for years, and I am super excited for all of you to finally get a glimpse into this amazing realm. I’ll save most of the world info for when this book is actually finished, but suffice to say it is my most-developed world yet, complete with a map of one of the continents! (That’s it in the picture above 😛 .)

Fire and Ice was inspired by a combination of rainy days and dissatisfaction with current books with the same general concept. I’m completely in love with this world and the fantasy it unfolds, and I hope you are too. Originally, it was going to be a short story that I planned on expanding later, but the characters had other plans. I’m roughly a third done with the rough draft, and I’m shooting for a very loose release date of late spring/early summer! To keep you patient with me, here’s a sneak peek of the first page. I hope you enjoy! (This work is unedited, so please excuse any errors you find.)

Glafira skipped down the pathway, running her hand along the wet leaves as she went. This was a perfect day. She was free from the hot, stuffy kitchens, and the heat had finally broken with a blissfully cool rainstorm. She could feel the whisper of fall on the air, and the rain held a refreshing chill that she hadn’t felt in too long.

Blast this land! She never would’ve had to endure such a warm summer at home. Here the air above the fires shimmered and animals panted in the shade. Why would anyone choose to settle in such a land? It was miserable. Back home the summers were cool and refreshing; the days were long and the mountains green with life. Glafira ached to be in the north where she knew every peak and valley, where every mountain flower was a friendly face.

Except home was no longer an option, and what joy would there really be if she was there without her family? Why would she want to live in a forsaken castle? The statues would lie shattered on the floor, covered in frost and with no semblance of their formal beauty. The halls would be empty and frozen, not with the glittering pure winter of her people, but with a hollow coldness that was void of life. It wouldn’t be home anymore. All that would remain was memory, memory that ached and burned because of things lost and destruction she could not change. It would be a nightmare and the embodiment of why people fear cold. That was not the home she remembered, and she didn’t want to be reminded how thoroughly her life had been destroyed.

Glafira stopped, her hand outstretched toward the currant bush beside her. Now she was dwelling on sadness, and that was not the way to spend her precious hours of freedom. She was supposed to be enjoying the outdoors! At last, she wasn’t cooped up in the dreary castle, and she was free to be herself. The trees would never give away her secret.

She gently rubbed a currant leaf between her fingers and looked around. Yes, the trees. Her one consolation in this dreaded place, the home of her enemies. The trees that were not quite normal, and yet the most normal part of this world for Glafira. They had a secret of their own to keep, and she knew they would not betray hers. The trees gave safety. The trees provided a place to speak and know she was heard. What a pity that she couldn’t venture deep into the forest today. She would love to run to the glen and see every branch and leaf covered in rain.

She squinted up at the cloudy sky. Cook would expect her to be back within the hour…Glafira could run to the glen and back in that time if she didn’t linger. Just a glance would carry her through the next hours, until she could sneak away tonight. Besides, a day like this begged for action.

Glafira twisted on her heel and started running toward the forest, the cool ground soft under her bare feet. Maybe if she was fast she could spend a few minutes sitting in the circle of ancient trees. The scenery was a blur as she ran. She saw the rocks and trees just in time to avoid colliding with them. Her legs burned, but her lungs felt wonderful as she breathed in the cool air. Running through the trees was her taste of freedom, and it was intoxicating.

As she neared a meadow, she slowed to navigate the thick copse of trees at the edge. She wove between the trunks, ducking branches and jumping stumps. She was almost to the open grass when hand stretched out and yanked her to the side. She started to scream, but another hand clasped over her mouth before she could make a sound.